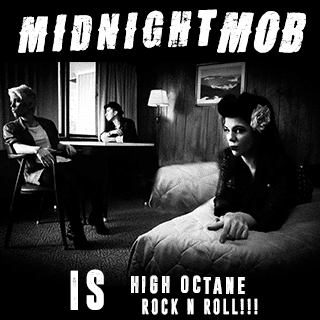 "Honest Brutal Glorious, ignited Midnight Mob's fan base and the music industry. In the Summer of 2016 Midnight Mob exploded all over the US playing some of the biggest stages at some of the most high profile festivals such as Summerfest (WI), Sturgis Buffalo Chip (SD), Rock N Derby (NY), Fashion Meets Music Festival (OH) and Great South Bay Music Festival (NY).  During this festival run Midnight Mob opened for Shinedown, 3 Doors Down, Kid Rock, Skillet, Sevendust, Coheed & Cambria, Ghost, Trivium, Third Eye Blind and Passion Pit." Featuring the singles "Swing On" & "Ghosts".